A Bluffer’s Guide to … the Mansion House 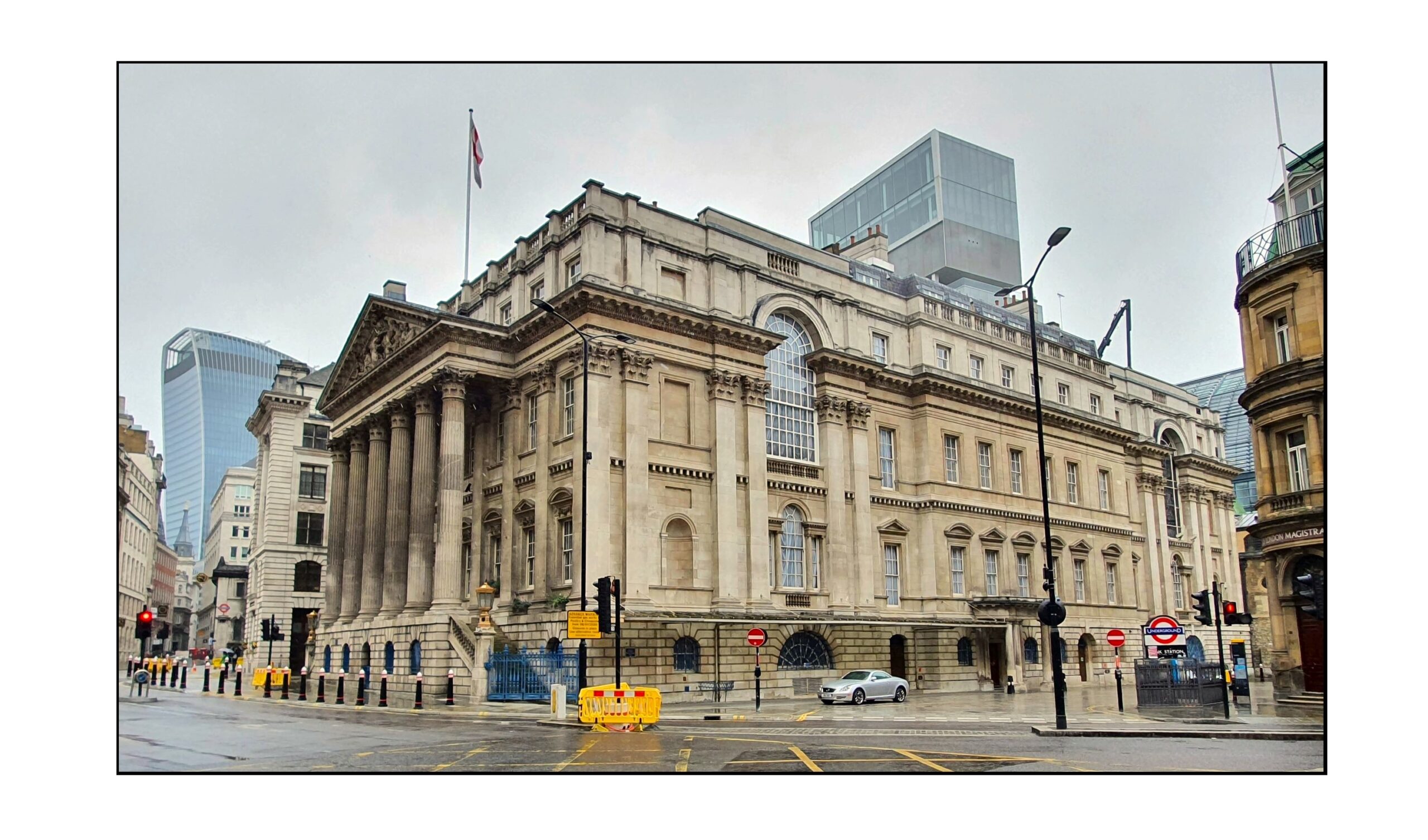 ← Williamson’s Tavern, the previous home of the Lord Mayor, hemmed in by other buildings in Groveland Court. Signs on the building suggest that it holds the oldest excise licence in London.

→ Countless generations of Londoners bought their fish and meat from the Stocks Market – where the Mansion House now stands – including Samuel Pepys. He recorded purchasing 2 lobsters there for supper, and then forgetting about them.

This painting, by Joseph Nickolls (1713–1755), also shows the dome and tower of the church of St Stephen Walbrook – a Wren masterpiece that stands to this day.

← An 1820 image of the front, showing the appalling top-heavy visual impact of Noah’s Ark, clumsily positioned on the roof over the ballroom. The Mayor’s Nest, similar in size but towards the back of the building over the Egyptian Hall, had been removed by this date.

→ The Egyptian Hall, with the ceiling created when the ‘Mayor’s Nest’ was demolished.

← A stern – if ancient – warning on the western wall of the Mansion House: “CAUTION Any person sticking bills or damaging these premises will be PROSECUTED” Directly opposite the sign is the City of London Magistrates Court, so I won’t be risking it.

→ The Magistrates Court at 1, Queen Victoria Street. Bizarrely, this building is administered not by the City of London, but by the City of Westminster. It is listed grade II