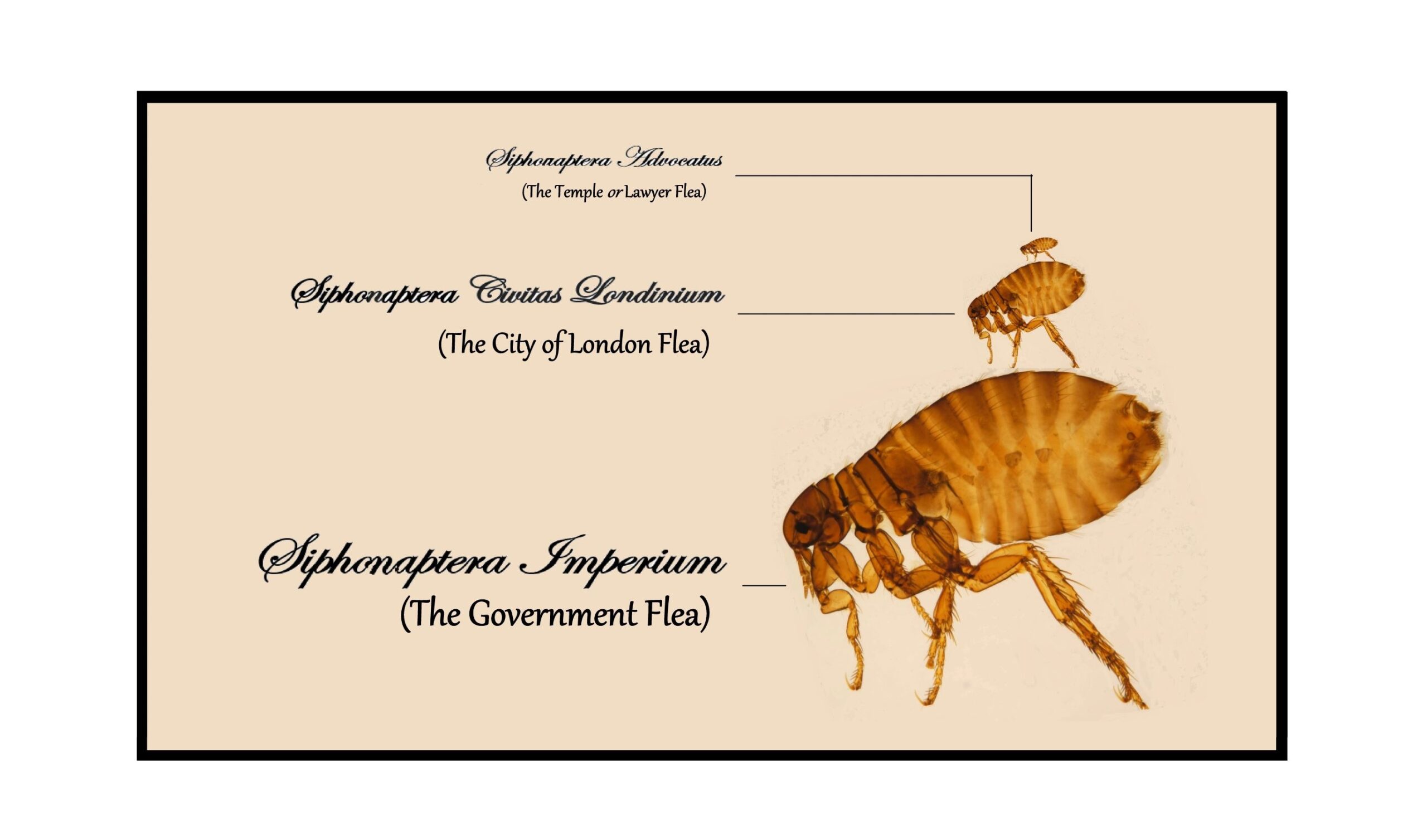 There is a natural hierarchy to state authorities. In England, the Government at Whitehall comes first, then county authorities, then borough or district councils. There may even be Parish councils with a few local responsibilities. ‘Tis the way of the world: Big fleas, little fleas and lesser fleas, each working fiendishly to irritate and thwart their betters – or working together in harmony to improve life for us all, depending on your viewpoint. Whatever that view is, the structure remains reasonably predictable. Until you get to London, that is.

London, needless to say, has issues. The most obvious one concerns the greatest of all county administrations, the Greater London Authority (‘GLA’). This has within its physical borders, in among its underling London Boroughs, the fiercely independent City of London: Just over one square mile of (justified) self-importance, a modern financial powerhouse addicted to strange archaic ceremonies in strange archaic dress, using a strange archaic form of democracy, over which the GLA has limited control. Indeed, the Lord Mayor of [the City of] London – currently William Russell, one cool dude whose half-brother is actor Damien Lewis – outranks all British ambassadors and is the equivalent of a cabinet minister. I’ve covered this cuckoo in the Greater London nest in a previous post here.

But it gets worse. For within the tiny City of London there is a minuscule enclave over which the City and – to be entirely honest – twenty-first century reality have limited powers. For example, the inhabitants tend to wear horsehair on their heads and dress in mourning for a Queen who died more than 300 years ago, and its central thoroughfare is still lit by gas lamps. I am referring, of course, to the Temple, divided into Middle Temple and Inner Temple, and occupied by lawyers for more than half a millennium.

← The City of London, in dark grey, with the Temple precinct, just within the City boundary, circled in yellow.

So, what are these Temples? Councils?

Technically, they are the Honourable Societies of the Inner Temple and the Middle Temple (‘the Hon. Socs.’), and we must firstly separate the role of these Hon. Socs. as professional legal bodies, supporting and training lawyers, which is easy to understand and does not concern us here, and their role in local government, which isn’t easy to understand at all. In this respect, there is nothing else quite like them and no pigeon hole they comfortably sit in. Historically speaking, they are liberties, something confirmed 400 years ago, so a tad out-of-date as a concept. Striking a more modern tone, they could be called micro Local Authorities with the City of London as their county overlord, although the relationship between City and Temple is more a partnership involving the payment of fees for services rendered.

How did they come to exist in the first place?

A long long time ago, a strange religious order of fighting monks, the Knights Templar, did Knights Templar stuff – whatever that was – in a precinct of London. Predictably, this precinct became known as the Temple. In the twelfth century the knights constructed buildings here including the Temple Church, in which some of them are still buried.

← The original Temple Church, known as the ‘Round Church’ and now serving as the nave of an enlarged building, with the graves of several Knights Templar still preserved.

The clergyman in charge is titled Reverend and Valiant Master of the Temple. The title harks back to the days of the Knights Templar. His official residence is a rather nice Georgian pad, the Master’s House, next door to the ‘office’.

→The church exterior. The ‘Round Church’ is Norman, and was consecrated in 1185. The chancel to the right is a mere stripling by comparison, being only 780 years old.

The church was badly damaged in the Blitz, with restoration completed in 1958.

The Knights Templar were answerable only to the Pope, not to the King or the City of London. This continued with the Knights’ successors, the more soothing Knights Hospitaller, after the Templars were suppressed in c.1310. The Hon. Socs., focusing on legal training, arrived as tenants of the knights around the fourteenth century. With the dissolution of religious establishments, King Henry VIII became both the owner of the precinct, and replaced the Pope as the person the inhabitants were answerable to. It is due to this series of events that the Hon. Socs. claim exemption from control by the City as liberties. In 1608, letters patent of King James I gave the lands and buildings of the Temple to the Hon. Socs., and these letters confirmed their liberty status.

→ The Lamb of God bearing the flag of St George: The symbol of Middle Temple, derived from a similar one used by the Knights Templar. Here it is above a gatehouse, the sheep showing unusual dexterity for one born with cloven hooves.

← The entrance to Inner Temple from Temple Lane showing Pegasus, the symbol of this Hon. Soc. The symbol’s origins are unclear, possibly being a corruption of one used by the Knights Templar – two knights on the same horseback.

Another result of this history is that the Temple Church has never been part of the Diocese of London, but instead lies under the direct jurisdiction of the monarch. This is termed a ‘Royal Peculiar’.

Aren’t there other legal training societies?

Yes. These are only two of the four Inns of Court, all dedicated to the training and support of the English legal profession. The others, both nearby – Lincoln’s Inn and the smaller Gray’s Inn – are also Hon. Socs., rich in history. However, they have never had a local government role, have never been liberties, and both are now subject to the tediously boring council administration of the London borough of Camden.

Why do the Inner and Middle Temples still have this local authority role?

It’s true that other medieval liberties – like Whitefriars, a former monastery that bordered Temple land to the East – surrendered their independence, voluntarily or otherwise, hundreds of years ago. The survival of the Hon. Socs. as liberties during that period may be down to the area being an acme of respectability and law-abidance. Whitefriars, before its abolition, had descended into a lawless wasteland full of murderers, criminals, other undesirables and Daniel Defoe. Truly the neighbours, or perhaps potential clients, from hell – except for Daniel Defoe who I’m sure was a nice chap. See my post on this wild liberty here.

The continued existence of the Hon. Socs. as liberties-come-local-authorities may also reveal a reluctance on the part of Governments through the centuries to take on a vast huddle* of the finest legal brains in England. I suspect that they will retain their existing form for as long as they want it – and currently, to all those wearing horsehair wigs, the status quo is just fine and dandy.

*This is the collective noun for lawyers, honest.

How do they function today?

The two Hon. Socs., which operate in very similar ways, are now governed by the Temples Order 1971 (‘the Order’), which is an instruction passed by the Privy Council – a council of senior politicians advising the monarch, with a history dating back to Norman times. It is not an Act of Parliament.

The Order designates the Sub-Treasurer of the Inner Temple and the Under-Treasurer of the Middle Temple as the local authority. Yes, these authorities are so micro they each seem to consist of one person and a small office staff. In the Order, the liberties are classed as London Boroughs. However, responsibilities listed in the Order are passed not to the GLA but the City of London. I guess weird anomalies must stick together. What’s more, the sub- and under-treasurer can pass even more responsibilities to the City if a fee can be agreed. This means that the City does many things for the Hon. Socs., even down to the prevention of the sale of milk from diseased cows. However, as there are no cows in situ, this doesn’t seem to be an onerous responsibility to pass on.

You may think that the lawyers have found a way of being a local authority while outsourcing all the annoying responsibilities that go with it. However, the tasks still residing with the sub- and under-treasurers are by no means negligible. They include:

Other points of interest

Both Hon. Socs. are run by a Parliament of judges and senior lawyers, elected for life. The ‘Chief Executive’ is called the Treasurer, elected for one year.

There is no obvious demarcation between the Middle and Inner Temples visible on the ground. However, the land was partitioned between them in 1732. Middle Temple consists of everything west of Middle Temple Lane, plus some buildings immediately to the east. The two share responsibility for Temple church and the Master’s house, and everything else is Inner Temple.

← Detail of the map of London above, with Inner Temple buildings in blue, Middle Temple in red, and shared buildings in purple.

The Hon. Socs. once had a private police force, but this role too has been passed on. Conveniently, the City of London – unique among regional and local administrations – has its own police force, and this polices the Temple by the consent of the Hon. Socs.

The immaculately maintained gardens and courtyards are oases of calm, and are well worth a visit.

← Idyllic: Middle Temple, with its hall in the centre. This is technically the new hall, as it was completed quite recently – in 1573.

The area was badly bombed in the Blitz and some buildings, particularly in the Inner Temple, are reconstructions. Middle Temple hall was also badly damaged.

→ Idyllic: The tranquil setting of Inner Temple Gardens, the largest open space in the precinct.

Rebuilding after war damage was completed in 1958.

Finally, it would be remiss of me not to mention theatre. In 1561, Gorboduc was performed as part of the Christmas revels at the Inner Temple. This was the first blank verse drama ever written in English. Then, in 1602, the first performance of Shakespeare’s Twelfth Night was put on in the Middle Temple Hall.