Doing everything possible to stop the building falling down 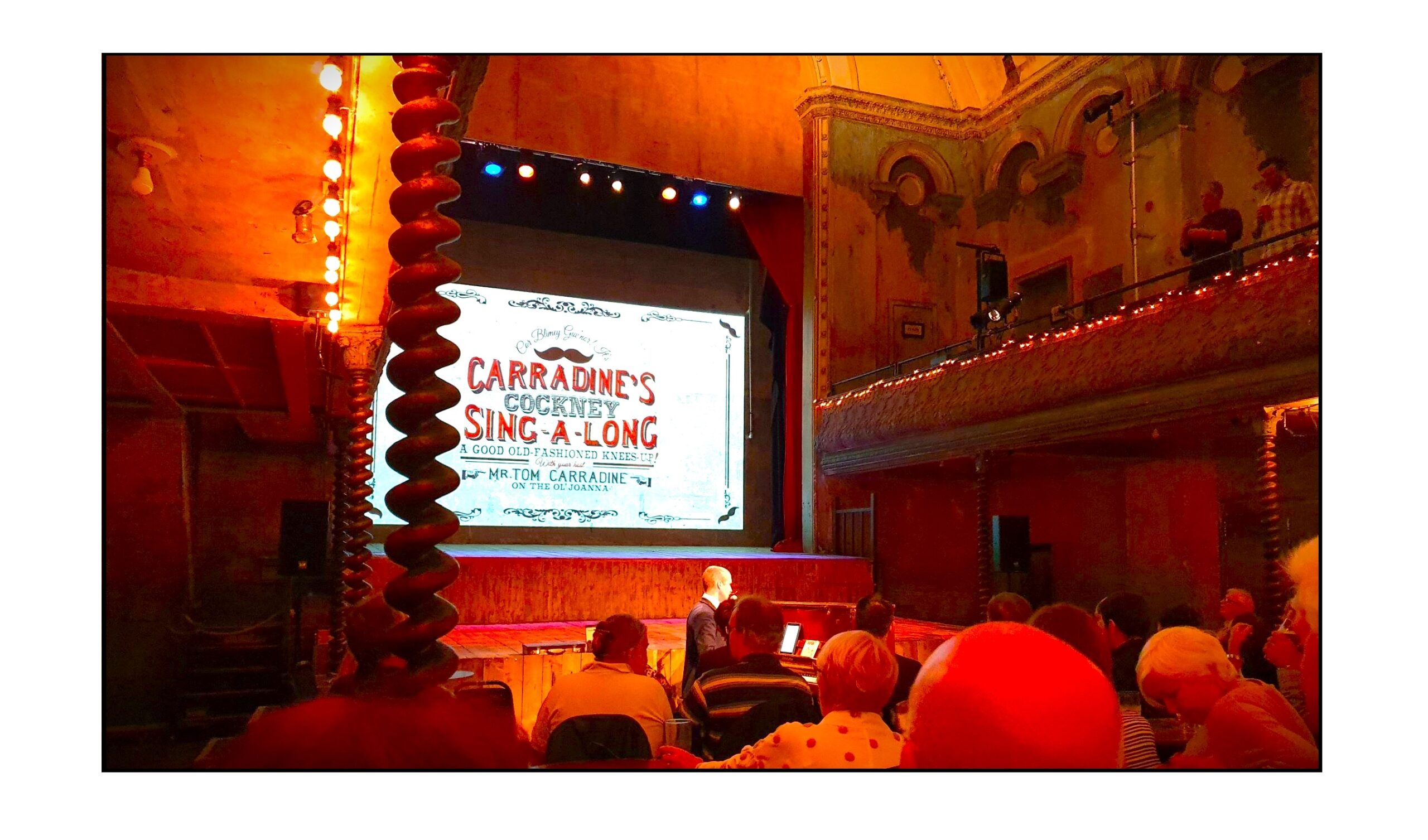 Wilton’s Music Hall is an extraordinary survivor. It’s a grand music hall in the East End, just north of where the docks used to be. Its received millions through grants and fundraising to preserve it. So, after having so much money lavished on it, why does it still look structurally unsound?

The building in its current form is from 1859, reconstructed in 1877 after a fire – although the frontage is a series of earlier Georgian houses. It ceased being a music hall as early as 1881 as it already failed to meet fire regulations. That it then managed to survive years as a Methodist mission and a rag warehouse, the blitz and threatened 1960s redevelopment is little short of astonishing. By 1970 it was derelict and unsafe. Gradually it started being used for some productions in a stop-start sort of way, but even by the early years of the new millennium the management still had to concentrate on ‘doing everything possible to stop the building falling down’, according to the Wilton’s website, and journalists wryly suggested that management exhortations to audiences to ‘wrap up warm’ should be extended to requesting hard hats be worn. But, like many historic buildings that survived into the new millennium, the National Lottery came to the rescue, to the tune of £3.6m. Unlike most such buildings, Wilton’s had those millions thrown at it to continue looking derelict to remain what I believe is known as a ‘found space’ while finally, in 2015, actually being made structurally sound. Entering it is now a bizarre but relatively safe experience.

→ It might now be as safe as houses, but the exterior – a row of three Georgian, um, houses – doesn’t look it. The entrance is below the wall lamp – no glitzy neon advertising here.

The double frontage to the right of the main entrance houses the bar. This was known as the ‘Old Mahogany Bar’ – due to excessive use of that wood in the decoration – in its mid-19th century sailortown heyday. It was more properly addressed as the Albion Saloon, and the music hall began as a concert room attached to the bar.

I’ve seen several things there completely in keeping with its location and weirdness. Marc Almond singing in “10 Plagues” – about the 1665 outbreak and which I could just about term a song cycle – kind of blended in with the ruins. I had to don a blindfold to experience Samuel Beckett’s All That Fall, I’ve listened to a feminist poetry recital, seen the classic (and in my view, rightly neglected) Victorian short farce “Box and Cox”, and joined in a Cockney Singalong. Their programme of events stretches the word ‘eclectic’ almost to breaking point.

They do tours of the building – check out their website here. The only similar survivor in London is the smaller 1863 Hoxton Hall, which has considerably fresher paint but concentrates on events for the ‘yoof’ of the area.