The Ghost of Football Past 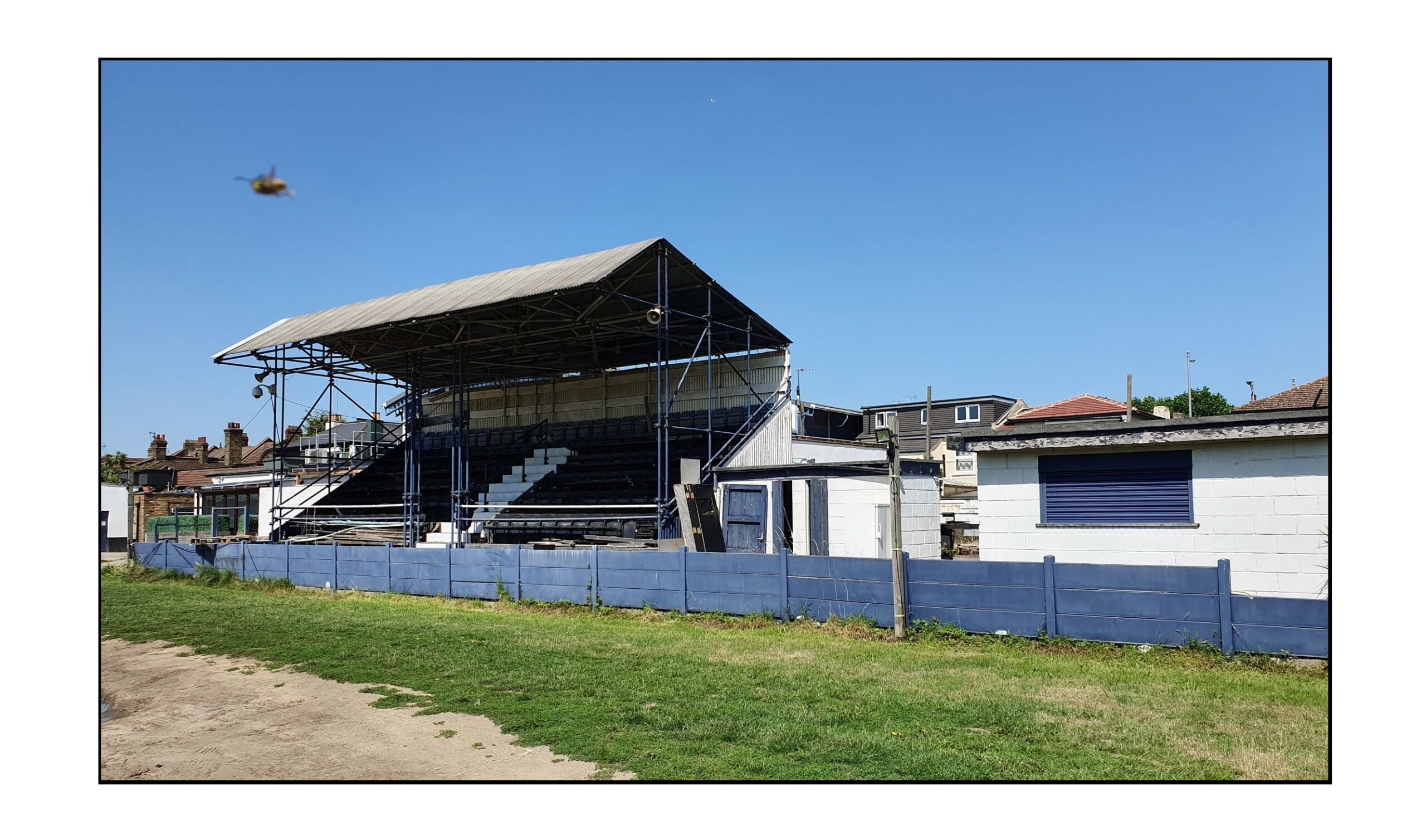 A football ground in East London is a rare example of dereliction left to rest in peace.

Football grounds (in American I believe this sport is referred to as soccer, because a sport mainly involving holding and throwing the ball is called football) are usually thought of as huge, modern palaces dedicated to the beautiful game. Grounds that outlive their usefulness and cannot be updated are swept away and replaced by homes or offices in double-quick time, particularly as they are usually, by the nature of the beast, in urban settings and therefore sitting on valuable real estate. This, I think, is the way it should be. An abandoned ground is heartbreaking, and usually has a tale of corruption and management or team failure to tell, and thousands of fans deprived of their team, which they may have supported their whole life. The physical reminder of this loss might be too much to bear.

Hiding behind the Hare and Hounds pub on the Lea Bridge Road in Leyton, in the East of London, is an exception to the usual rapid redevelopment. For most of its life this tiny ground has been known by the same name as the pub , and has sat there abandoned, decaying and forgotten for almost a decade. There are vans parked on the pitch, the roofs of the small main stand and covered areas on two sides of the pitch are collapsing, one of the goals has gone, and the former club banqueting suite and offices, built in a fit of ambition about 20 years ago, now contain a failed restaurant. The pitch has become a favourite location for flytipping. The photos must be heart-rending to any fan who used to go there Saturday afternoons, although I guess there weren’t many of them by the end.

← A sign in the main stand stating that a seat could be yours on matchday for an extra 50p. In these days of premiership excess, it sounds a bargain.

→ There’s not much left of the south stand, although the home team’s dugout has not become a target for vandals – perhaps out of respect. That of the away team further along is in a state of near collapse.

The Hare and Hounds ground was the home of Leyton FC. This team should not to be confused with Leyton Orient FC, the team I support, which plays at Brisbane Road, about 2 km away. Leyton FC had merged and demerged, folded and been refounded on multiple occasions over the years, and there was even a successful legal bid to establish that the most recent incarnation was the successor club to the original Leyton, founded in 1868. This date was proudly displayed on billboards on the ground. The story behind the collapse of Leyton FC features the usual sickening problems … overarching ambition, rapid promotion through several leagues, a chairman too quick to sack managers before they had a chance to prove themselves, subsequent failure on the field – and a £16m fraud and money-laundering charge against that same chairman. He was convicted, and it went from a team flying high in the non-league football pyramid, running multiple youth teams, to oblivion in just a decade. The ground is all that remains. I can’t discover who owns it now, which perhaps explains its survival.

←The turnstiles surrounded by the results of flytipping

→ The tea bar; no Rosie Lee has been served since the club’s disappearance into oblivion in January 2011.

And the curious splodge in the top left corner of the featured photo? That was just a passing bee. Even insects don’t hang around there these days.

Nearest Station: Lea Bridge. The ground is private property but can be seen from the access road just past the Hare and Hounds pub on Lea Bridge Road.