The Assassination of Broad Street 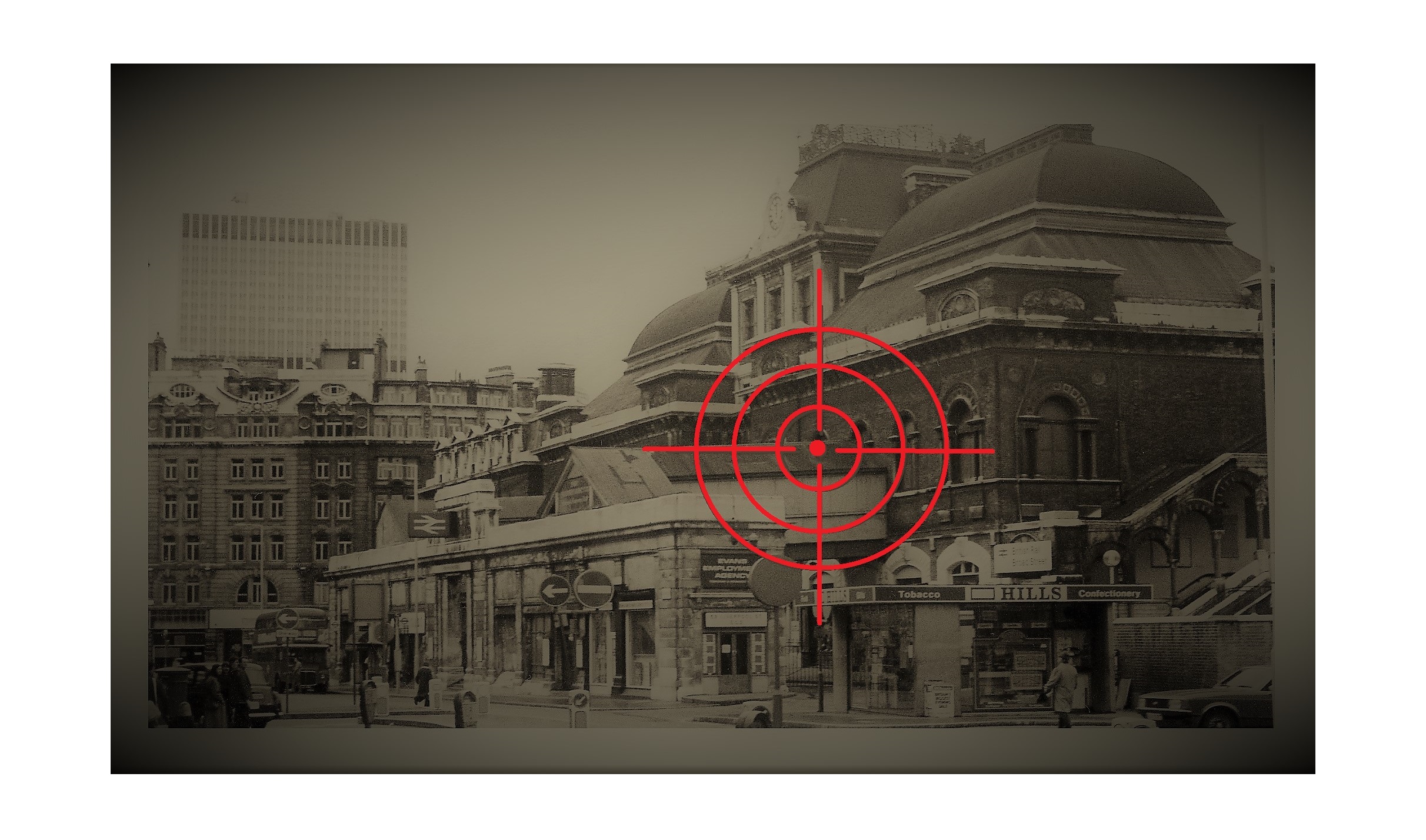 Broad Street station (1865-1986) is the only Central London railway terminus to have been closed and demolished without a replacement being provided. Why did a building that started the 20th century serving 27 million passengers each year – making it the third largest London terminus – end its days with just 300,000 a year and 2 working platforms?

Let’s set the scene. Broad Street station was built by the North London Railway (‘NLR’) to provide a City terminus for its suburban routes that passed through Dalston, about 3.5 km to the north. The NLR’s parent company, the London and North Western Railway, part-funded the station and connecting Kingsland Viaduct as it was keen to link its freight operation with the City using NLR routes. Broad Street, aimed at suburban passengers and freight traffic, thus got a goods yard but no railway hotel as it would have no need to cater to long distance travellers.

Meanwhile, the Great Eastern Railway (‘GER’) was struggling to increase business at its Bishopsgate terminus, probably because it wasn’t in Bishopsgate at all, but in the Shoreditch hinterland. The solution, in 1874, was to build a more convenient terminus for City workers next to Broad Street. This evolved into an 18-platform behemoth called Liverpool Street which, like its neighbour, was an immediate success.

Fast-forward 146 years, and Liverpool Street is one of the busiest stations in London, boosted by its award-winning 1991 renovation-come-rebuild, while memories of Broad Street are fading rapidly – it fell victim to the wreckers’ ball 34 years ago. What went so wrong for Broad Street, and who was responsible? It’s time to name names.

→ The dull facade of Broad Street was made worse by the early addition of two ugly staircases, designed to ease congestion by leading passengers directly from pavement to the raised concourse level. They are visible above the omnibus in the centre of the picture.

→ The station was starved of investment, and lost most of its train shed roof – deemed unsafe – in 1967. This image dates from 1983.

When the station closed in May 1986, the last remaining service – to Watford Junction – was transferred to neighbouring Liverpool Street after a link had been constructed between the Liverpool Street mainline and the old NLR, bypassing the Kingsland Viaduct altogether. The last 500 metres of rail infrastructure on the approach to Broad Street was demolished to provide even more land for the new development, known as Broadgate. The revised Watford Junction service lasted just 6 years; I suspect that was always the plan.

← Looking north from the site of the railway bridge over Great Eastern Street on the approach to Broad Street. The tube carriages on the viaduct remains are part of the Village Underground cultural venue, hence the array of slogans and street art. This scene is all the more bizarre as tube trains never used this stretch of track.

“In the ‘sixties, the magnificent iron roof over the train shed at Broad Street was removed. The large Lombardic buffet and the shops for City clerks were shut down, and in 1970 the scale model 4-4-0 engine, whose wheels went round if you put a penny in the slot, was either removed or stolen. … A few steps back from the concourse will take you into what was once an enormous booking hall, whose timber roofs tower above the station shops. Alone on the concourse now stands the 1914 War Memorial of the North London, a miniature version of the Cenotaph in Whitehall. Beyond it, incongruous and ridiculous … is a streamlined booking office for the few passengers who use this potentially popular line.”

“Potentially popular” – how prophetic those words were. The authorities in London have woken up to its potential, and the surviving remnants of the NLR are designated strategic rail routes because they ease the pressure on the overcrowded tube and London termini. Now within the London Overground network, they are getting serious investment and seeing passenger numbers boom. As part of this revitalisation, rising phoenix-like, a northern section of the surviving Kingsland Viaduct was brought back into use in 2010. A new purpose-built section links it to the former East London Railway (‘ELR’) line as part of the London Overground orbital rail route. Sadly, the new link bypassed and destroyed the 1874 connection from the ELR to Liverpool Street that may have made the route even more popular.

→ Part of the Kingsland Viaduct brought back into use, viewed from Hoxton station towards the City. Just beyond the train and out of shot, trains veer left (east) on new track towards Shoreditch and the former ELR, bypassing the Square Mile and Broadgate.

And what of the Broadgate development? It won awards, and some of the architecture, public spaces and street art certainly had merit. But less than thirty years after the first buildings were completed, they were already reaching the end of their economic life, and the relentless commercial forces that drove Broadgate’s creation in the first place is driving a new round of development.

← Broadgate Circle, the centrepiece of the development, doubles as an ice rink most winters and is popular with City workers. The building on the right is one of the ‘second generation’ of Broadgate buildings. This area was formerly the goods yard.

→ The site of Broad Street station in 1989 , taken from the same angle as the featured image. The trademark architectural style of the 1989 buildings is clear in the startling Arup-designed 100 Liverpool Street.

← The same site today. The 1989 building has gone. Its twin at 1-2 Broadgate behind the new block has been given a certificate of immunity from listing, so will soon follow.

To the right of the photograph is a 1991 faux-Victorian tower marking the pedestrian entrance to Liverpool Street station.

→ The only survival from Broad Street station: The war memorial, mentioned by Betjeman and exiled to Richmond Station after demolition, is now outside Hoxton Station. This is only 1.5 km from Broadgate on the Kingsland Viaduct.

The profits reaped from the Broadgate development helped pay for extensive work on Liverpool Street. This remarkable combination of restoration, pastiche extension, selective demolition and redevelopment has produced a ‘Victorian’ terminus fit for the 21st century. It’s a shame the same couldn’t be done for Broad Street.