What Treasures Lie Beneath 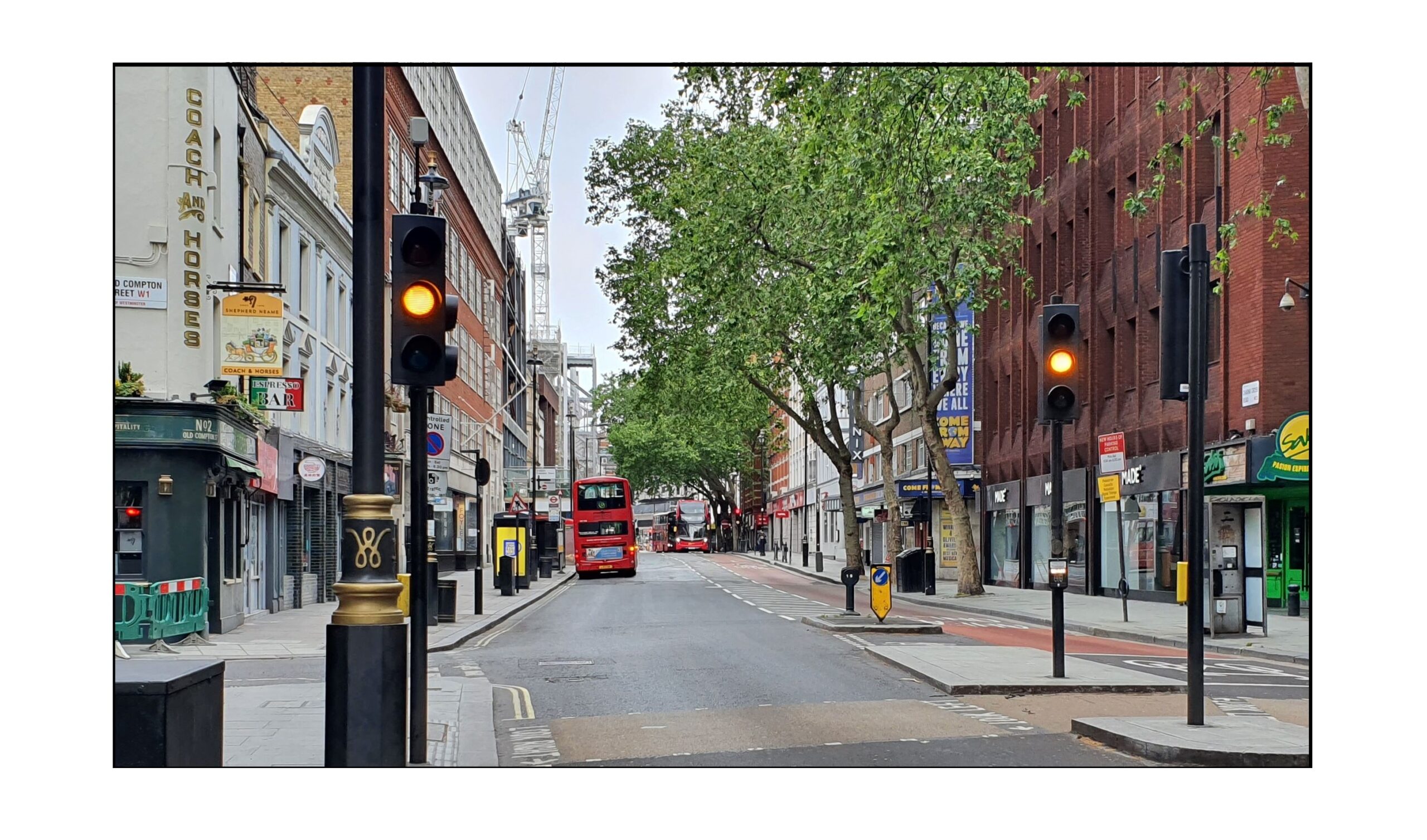 Some time ago I was drifting aimlessly on Wikipedia, when I happened upon a tiny gem of a fact in a quiet, unregarded and dusty corner. I was so surprised that I immediately headed into the West End to see if it was true. It was. Mostly.

In a traffic island in the middle of Charing Cross Road, opposite the junction with Old Compton Street, on the precise line of the boundary between Camden and the City of Westminster, lies a grill. Beneath this grill runs a utility access tunnel – in the featured photograph above, the grill is beyond the yellow traffic bollard, with Old Compton Street to the left. If you look carefully – which means getting on your hands and knees, probably to the surprise of those crossing the road – you will see that a few feet below the surface, on the wall, the tunnel is helpfully labelled. Twice, in fact – once in paint and once on a badly corroded enamel name plate. ‘Little Compton Street’ , they proclaim. But there is no Little Compton Street. You are definitely in Charing Cross Road, definitely opposite Old Compton Street. On the other side of Charing Cross road, opposite the entrance to Old Compton Street, is just a yard used as a terrace by a restaurant, with a 1980s dark red brick office block (officially 125 Shaftesbury Avenue) looming ominously behind. Beyond that, I can tell you, is New Compton Street.

By 1914, the Ordnance Survey dropped the name Little Compton Street. So that street’s life, like its length, was short – just long enough to have a utility access tunnel named after it.

In 1982 the 125 Shaftesbury Avenue office complex was built, obliterating most of the Charing Cross Road end of New Compton Street; its first few metres remain as a now nameless yard.

I knew that lost roads can leave their shadows in books, letters, postcards and other documents – even films; but it is rare indeed to find physical evidence in situ and over 100 years old, even if you do need to get your knees dirty to see it. Perhaps a B+ to Wikipedia on this occasion, and a note for me to investigate the Compton family a bit more.